It's all a Marathon

On Valentine's Day I ran the Austin Marathon. It was a beautiful day and save the last 4 miles where I moaned dramatically and wheezed "this suuuuuuuuuuuuucks" to any good soul on the sidelines, I found the whole experience rather glorious. I'm going to do it again, and again, and again, as long as this old body will let me. I am a person brought easily to tears. I like this about myself. I used to kill time at the office by You Tubing old Academy Award acceptance speeches. Nothing like a little emotional porn on a slow afternoon. (Tom Hanks for Philadelphia is pretty damn moving, and I love the unbridled exuberance of Sophia Loren announcing "Rrrrroberto!" for Best Director.) So it was no surprise when I found myself on the verge of tears at the starting gun, as waves of excited people started bouncing in place before breaking into their slow jog. Such community! And what neighborliness we enjoyed throughout the 26 miles, as throngs of people sang and cheered and offered food and drink and high fives and a young boy banged on his drums in his front yard and a couple of awkward teenagers played their cellos at the top of a hill. It was all so lovely and moving and I want to be as good of a citizen when I find myself in future spectator roles. But what really made me tear up again and again, sometimes to the point of there being a great catch in my throat, was knowing that my little family would be waiting for me at the halfway mark and then again at the finish line. I couldn't help comparing the run to the long slog of the adoption process. I can't barely believe how far we've come in the last year, or two years when we were just recently committed to adoption, let alone three when we hadn't even a clue that adoption was a part of our future. How far we've come! At times, like when I was hoofing up that one fucking hill, and I sighed to that one fucking guy "Dude, this suuuucks" and he said "Now, now, hills are our friends!," I figured it would be a miracle if I ever reached the finish line. There at the finish line a miracle awaited. 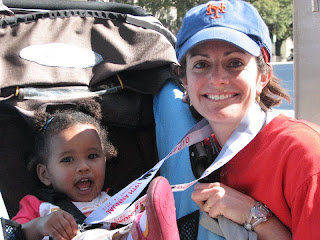 Enough about finish lines though, as I've quickly realized there's no such concept for a parent. What has struck me dumb about becoming the mother of Ava Bekelech* is the sheer ceaselessness of feeling and work and hopes and dreams and anxieties that goes along with this new world. I want so much for her. I want her to have the life she was meant to live, with her parents and her four older siblings. If she must be stuck with me I want her to have a better, more imaginative, more energetic, more selfless me. I want her to experience the big old emotional range of a fully lived existence and yet I also find myself wanting her only to be happy. (Ha!) I want her to be fearless but man I'd love for her every once in a while to show a little caution. I want her to laugh her head off with joy at her gymnastic classes but if she ever falls on her neck like that again on the trampoline I want someone to shoot me with a horse tranquilizer. (She bounced right back up; I had to fight falling to my knees.) I want everyone to recognize her magnificence and charisma and beauty and I also sometimes want folks to leave her alone. I want her to want to go to an all black college. I want her Grandparents living closer. I want some solid poops for this child. I want to learn another hairstyle besides puffs. I want that kid who intentionally tripped her at Extreme Fun to get pantsed in public.

I want to be a more patient mother for my brave and beautiful child. I was talking motherhood with a woman many years ago and she said that she had always been a fiery broad but when her first child was born she felt like some switch of anger or edginess was forever flicked off inside her. I wanted that to be the case for me too. But I found myself hollering at my baby girl one hard day, hollering at her almost as if she was a peer instead of my toddler daughter, and I was horrified to hear the fever pitch of my own mother in my ears. Not okay. I wish something had magically turned off in me but it didn't. So now I like to think that I check my switch daily, maybe cover it up every so often with a little duct tape. Because what you cannot prepare yourself for when you become a mother is how much of your own childhood junk can bubble up and overwhelm you. I work hard at forgiving myself for not being everything I think Ava deserves. I know full well that kicking myself ad nauseum isn't going to help this child practice her somersaults or make play dough balls or accept that the dog does not have a belly button.
And yet, and yet.

I have done nothing in my life to deserve the honor of parenting this child. And yet there she is, down the hall and under her blanket, sleeping off another hard day of play. 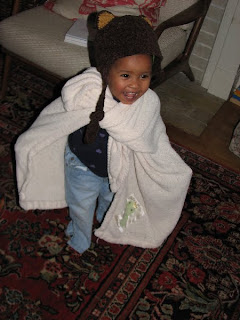 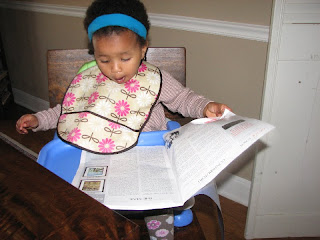 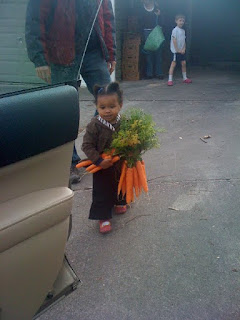 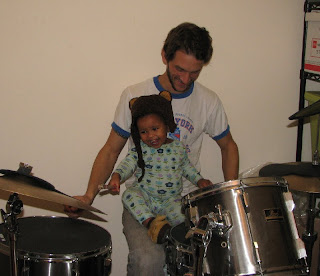 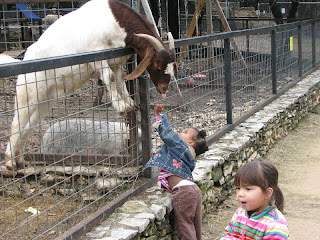 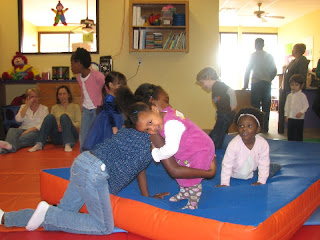 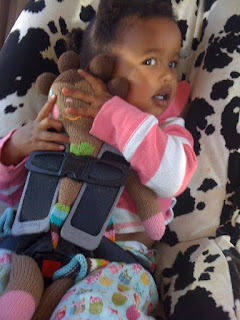 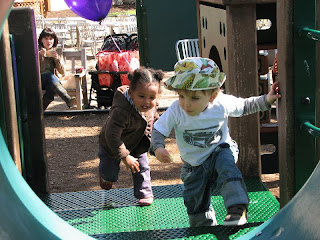 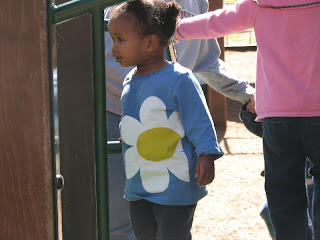