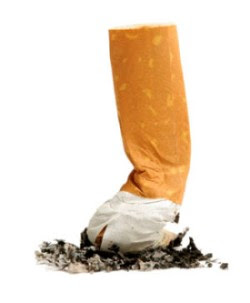 I haven't smoked a cigarette in 365 days. In said time I have completed a book, arced my way through the adoption process, traveled to Ethiopia, and become a mother.

Also, lest I sound righteous, I admit to eating a rogue pot brownie (my first!) in 2009 and going on a wild space odyssey in a very queer West Hollywood hotel room with my best friend. (Rest assured judgers, skinny went down before Ava came home to our nest.) We tried to watch the wretchedly awful movie Bride Wars on pay-per-view but I had to keep pausing it and asking my friend to explain the story to me. ie., "hold up, hold up, hold up, why does Kate Hudson have those strange bangs?" Halfway through the night my friend turned to me and wondered if we ought to go to the emergency room. Instead we adjourned to the mini-bar. We ate everything in there, with a couple wrappers to boot. It was a truly stupid, utterly ridiculous, hopelessly ill-advised evening. Ain't never laughed so hard in my life.
Posted by Mama Dog at 9:16 AM 10 comments:

“We’re almost home, Ava. Five more minutes.” A week before Thanksgiving the family was driving home from the airport. We had survived the plane ride back from Florida! We had a wonderful time at the beach! Ava met her other Grandpa and said meeting was a triumphant success! We were safely back on Austin soil and Tulip's butt was wagging in the back seat, happy to be scooped up from the kennel. Ava was half-asleep. We were stopped in the left-hand turn lane waiting for a break in the traffic. The old man let out a broken gasp and I looked up to see a car in the opposing lane careen the median.

The wallop of impact was breath-taking, like someone reached inside my teeth and took a quick saw at the roots. I sat there for a second dumbfounded, staring into what looked like an exploded box of Kleenex. The airbags had released a noxious smell into the air and dandelion puffs of dust danced around our heads. Everything was eerily quiet except for Tim moaning "Oh no, oh no, oh no." I told him I was alright several times, he told me he was alright. At the same time, we turned to Ava. She’d been shocked into muteness but when we smiled at her, our wobbly voices insisting that she was okay and everything was alright, she took a breath and started wailing.

Somehow that night, despite two totaled cars, we all made it home to our own beds. Ava cried for a couple of hours, but she had finally fallen asleep and the next morning she danced and sang songs and the doctor assured us that she was fine. Her parents had a harder recovery ahead. At first we walked around in a daze, like we had just gotten off a roller coaster and were still a little foggy from the rush. Then, maybe as the pain kicked up a notch, and the shock started wearing off, I turned into a puddle. I cried one day from sunup to sundown, streaming tears while reading Go, Dog. Go! or pushing a giggly Ava in a swing, or rubbing her back to sleep.

Somehow I’d stumbled upon this sickening idea that I had in some way helped cause the accident. I do picture her first year of life spent in a routine state of transition and grief and occasional chaos. My girl is tough. (I mean it, stubborn as a mule and alarmingly self-possessed.) Since we met—oh glorious day!—there have been a few occasions when I've seen her look truly startled or scared. Her little face froze up in fear during her first big thunderstorm, or when a really loud motorcycle vroomed past our front yard. The sight of her so vulnerable about sucked the life out of me. I’m still astounded by the sharpness and rawness of parental love. And so I said over and over, to anyone who would listen, how I couldn't imagine anything worse than being in a car accident with her. The scene would horrify her and thus unhinge me.

And then, as if grasped from my panic-prone imagination, that car came straight at us like a magnet. In my wretched state, I started blaming myself for conjuring up the whole accident. I had voiced aloud my worst nightmare and somehow had brought it to life. Court doom long and hard enough, I cried to my husband, and it will come for you. This accident happened to her on our watch.

A few mornings after the accident Ava started whimpering to herself at an ungodly hour so we pulled her into bed with us. The dog stretched and made room for her and we all fell into a comfortable doze. When I opened my eyes I was struck that somehow we had all settled into the same configuration of the night of the accident. And yet there we were, breathing deeply on a queen-size life raft. I had gone to bed the night before in pain and grief and woke up to a soft sun and dew on the grass.

As the grief over the accident has worn off, so too has the guilt. I of course don’t think I have the power to will strange and random events that effect not just me but total strangers. And yet what I'm left with is this idea that I don't want to raise my child in an active state of almost masturbatory fear. Awful stuff happens all the time, over and over in a person's life. You’ll never see it coming. Sometimes you'll be really, really lucky and get to walk away with your entire family intact. What happened that terrible night in the car was really scary and really bad. But instead of cursing the randomness of it all, and wringing my hands over life’s fragility, I somehow find myself wanting to celebrate. Everyone that night told us it was a miracle that no one had been killed. I winced every time I heard this, because I didn't want my family involved in such a close call. But once I regained my equilibrium I managed to recast the night. It was a miracle of luck! My life is many miracles of luck! And how lucky if it helps me forever shift something so that I don't now start obsessing over the next awful thing that might happen or could happen or what if it happened and how would I survive if it happened. I don’t know what will happen tonight or tomorrow. But Ava sang in her car seat on our way to the grocery store this morning. I sang along with her! 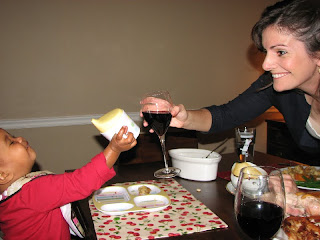