Recently my magazine editor called and told me she wanted me to write a story about the new documentary Babies.

I wondered aloud to her if I was the right emotional fit for the job. I missed the first 11 months of my own child's life. I, probably like some psychologists say adult adoptees themselves tend to do, admit to having my largely manufactured vision of Ava Bekelech's mother up high on a pedestal. Way down below is me, tripping into the boot of said pedestal, cursing my clumsiness and offering up my apologies for my many large and small failings.

Anyways, I was going to be a mess at the movies. My editor pooh poohed my hand-wringing. The movie is fascinating and provocative and dear, she told me. And it is all those things! Go see it when it comes out on Mother's Day. Marvel at what goofs we Western parents are with our rigid schedules and sing songy psychobabble and need to overstimulate. (Check, check, and check!) But I was right. It was poignant and beautifully painful for me to watch the mothers give birth and nurse and be with their little chicken wing-like bundles from day one. The funny thing is I never regret not giving birth to Ava, or any other child for that matter. I wouldn't alter a thing about my path to my kid because there she was at the end. But I'd wish a different path for her. As desperately hungry as I was for a child, as many organs as I'd claw from my own body if my daughter was ever in need of them, it's enormously hard for me to accept her losses. I like to think I'm not neurotic in this regret, or let it spoil any of the lightness and fun that seems to spill out of our little home these days. But Ava had a mother, and I know not what she was like or like with Ava. (Although I do know that she was beautiful, according to Ava's uncle. And that Ava's Ethiopian father was funny!) And I don't know what Ava's first year looked like, though I imagine it was punctuated by dizzying, devastating transitions to increasingly unfamiliar places. When you watch Babies, and you see the intimacy shared by mother and child in that first important year, it's hard not to spill a wagon's worth of tears picturing your own child ever lacking or separated from such love.

Some days I go check out sites like Harlow's Monkey, a blog by an adult adoptee who is often disgusted by the language and behavior of adoptive parents (particularly when it comes to international or transracial adoption). I got to say, sometimes that woman really raises my hackles. At her worst, she gets a sneering tone that is so dismissive and so deeply ungenerous. But there are other times, probably when I'm able to set some of my own junk aside before clicking onto her page, that I'm glad she's doing her work and grateful for the "snap out of your comas of privilege, white people!" reminder.

I try to remember that good people are often careless and awful without meaning any harm. There are times to laugh, and there are times to try and educate or even gracefully shame. There was the otherwise lovely friend who when she met Ava, marveling over her beauty and joy, turned to me and said "Oh my, don't you just think it was such a blessing that her parents died?" No I do not. It was not a blessing that this child lost her parents in rapid succession of each other and that she now lives a half a world away from her four older siblings. Or the sassy colleague who, upon listening to me gush about my child's magnificence, joked "I guess you're not returning her then!" Or the very kind and good-natured woman I was out with just last night who said that her neighbors adopted a darling little boy from South Africa and the crazy thing is they're not even sure of his real birthday! But he's from Ethiopia or something just like Ava. "So he's not from South Africa?" Well, I know he's from Africa. I'm almost positive. "So your neighbors adopted a black child." And he is so athletic!

Good grief, all of us. Harlow's Monkey, you chap my hide something fierce. Do your thing. 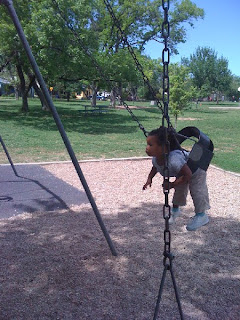 Mama Dog, I love you so.

ha ha, yes Harlow's Monkey has the same effect on me - all of it at once ugly and ravishingly insightful and damning. Sing your singsonginess, woman.

wow. thank you for translating my thoughts. it feels so refreshing when i am reminded that we have a community and that we are all trying to process these enormous emotions. it's crazy that we so often have to deal on such a public level with what is so private and so sacred to our children and to ourselves.
but here we can find understanding. sanctuary.

Thank you for this post! I LOVE your spot-on insight! It's crazy how much I pictured a little, squishy baby starting our family... And now it seems so silly to have anything but a 4.5 year-old boy as our first child.

It's a wonderful thing how these life moments just happen to work out... Baby, Toddler, Pregnancy, Adoption- it's all a delirious mix and meant to be.

I sent one of your posts to my agency group tonight. I hope you don't mind. It seems very personal now, at this point in my life (and also in Ava's & yours). But gahhhh, you just write so well and get so deeply into the heart of the matter, whatever the particular matter might be at that particular moment.

'Blessing that her parents died'??? That may be the worst well-meaning thing I have ever heard in my life. Do people even listen to themselves when they talk?

Somehow, I'd lost my link to your blog! Glad to see it again! What a thoughtful post! You are such a good writer! I cannot wait to see that movie!

So - I would love to read your review of babies - i missed it in theaters and am biting my nails waiting for it to come on video. and congrats on the book. very cool!